Learn How CHLA Nurse Carolynn’s Passion for Working with Children Led Her to a Fulfilling Career as a Pediatric Nurse.

Becoming a nurse means choosing a career in caring, especially for those that choose pediatrics. Pediatric nurses devote their skills and care to children from infancy into their late teen years. Transitioning from a non-clinical role to a career in pediatric patient care can be intimidating for some. Meet Carolynn, one of our pediatric nurses here at Children’s Hospital Los Angeles. For her, making the change to pursue pediatric medicine was a no-brainer. 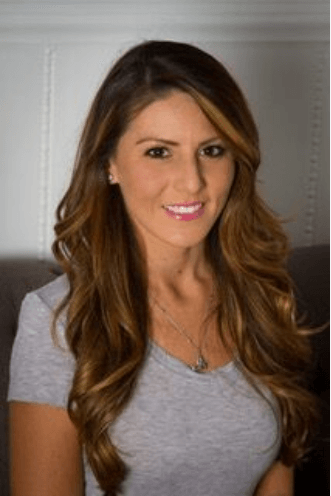 Carolynn never thought that one day she’d be working in pediatric health care; prior to becoming a nurse, she started out in public health working with children in the foster care system. It was during her time working in public health that she found her passion for working with children and decided to pursue pediatric nursing. “Children bring a certain energy into nursing that has a positive influence over you as a nurse,” says Carolynn.

When Carolynn got to Children’s Hospital Los Angeles, she very quickly fell in love with the culture of genuine care for their patients and how it extended onto her team. “The staff not only genuinely care for their patients, but they also care for their coworkers tremendously,” says Carolynn. The support and guidance she received from her peers and supervisors played a huge role in her success in her career.

“The teamwork I’ve experienced here is unlike anywhere else. There is so much to love about CHLA, and the longer I am here, the more I appreciate how amazing this place is.”

Learn more about how you can kick-start a fulfilling career as a pediatric nurse at Children’s Hospital Los Angeles.